A/B testing is a way for developers to run a controlled experiment between two or more versions of something in their game to determine which is more effective. Your audience is segmented into two groups: the control group (current performance – no changes) and your test group.

A/B testing is a great way to find the best pricing, game difficulty or test any of your hypotheses.

Before using all AB Tests must be added to the table. 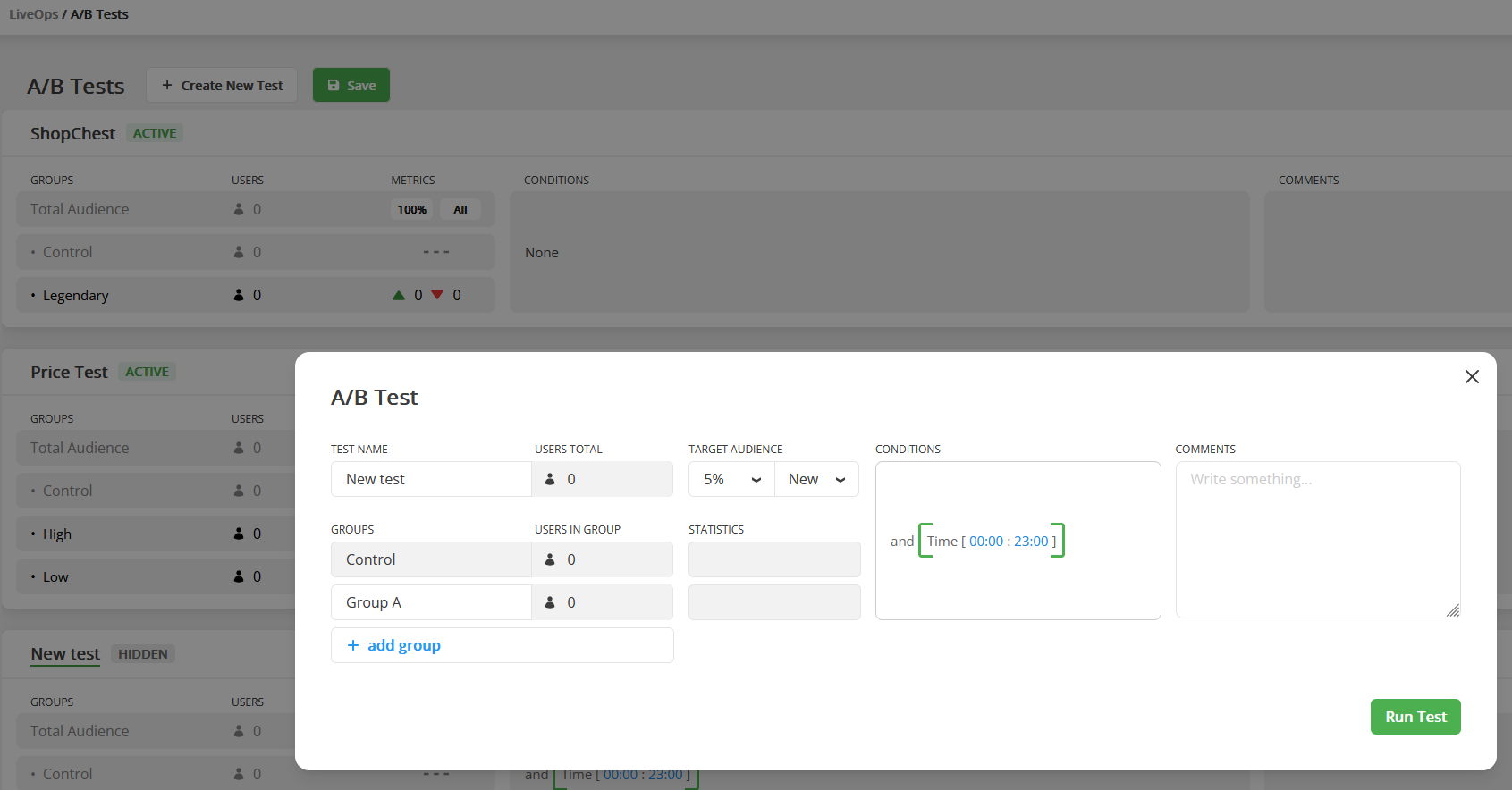 Balancy ensures that each user is not simultaneously participating in two A/B tests. If a user has a running A/B test, he is skipping all other A/B tests, even if they target 100% of the audience. Once the A/B test is finished, the user will be able to join a new one.

A/B tests don't need priority. When the game starts and a user doesn't have any running A/B tests, the user collects all Active A/B tests and picks just one of them, according to the chances.

There are currently 3 ways to work with A/B testing:

After the initialization of the LiveOps package, you can get all current A/B tests and their values for the user. Call this method only after OnSmartObjectsInitialized is invoked.